Furthermore, we are very proud to have been involved as the event arranged by Sarah Brenan secured the coveted Extra Mile category in the Amey Secure Infrastructure business employee awards for the efforts involved in the organising and also the fundraising.

The award comes in recognition of the £1,443.75 raised collectively – along with the Amey team, SDA 17, and Manning Construction Ltd – for LLMF Wales, in memory of the late Amey Defence Services staff member, Mark Hyett.

After suggestions from the Amey staff for ideas of different ways sponsorship funds could be raised for the charity, it was decided to carry out a Virtual Walk of the Welsh Coastal Path – a total of 870 miles.

The event was arranged & coordinated by Sarah Brennan at Amey Defence Services, and participants were allowed to choose their own time, place and method of exercise, which along with walking could include cycling or rowing.

The physical & virtual exercise took place over a two-month period during the summer of 2021, with participants clocking in their weekly mileage to be added to the overall total.

During the event, some 22 Amey employees and their families were joined by RDM’s Mark Williams, Dave Kieft and Grant Clatworthy – along with Jessica Slack from DIO and Steve Euston at Manning Construction – to collectively walk, run, cycle and row over 1,600 miles – almost doubling the goal of the originally proposed distance.

The charity supported by the fundraising venture, LLMF Wales, was very close to the heart of recently departed Amey staff member, Mark Hyett, during his treatment. It was founded in 1997 and inspired by the need to help patients and their family members when undergoing haematology treatment in and around Swansea and West Wales.

Frequently the needs of patients cannot be wholly met from the NHS budget, so LLMF Wales aims to raise money to assist not only with urgently needed resources such as medical equipment, but also to provide help and support for the practical difficulties so frequently encountered with life threatening diseases.

The charity focuses its efforts on the Haematology Department at Singleton Hospital in Swansea, which is one of the leading medical units of its kind in the United Kingdom. This arrangement creates a close link with the professionals in the field and the recipients of their efforts, the patients, ensuring that vital resources are targeted where the needs are greatest.

“We are overjoyed to have been able to assist our partners at Amey Defence Services to raise this money for a charity that means so much. To be included in Amey’s employee awards by collectively winning the Extra Mile award is both humbling and very gratifying. We are just very happy to have done our bit for a charity that does such vital and meaningful work to help people undergoing an often debilitating illness.” 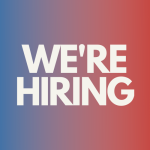 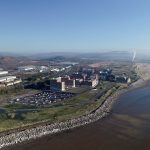 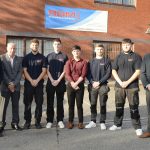